I didn't realise that it had been a few months since i last wrote a post. 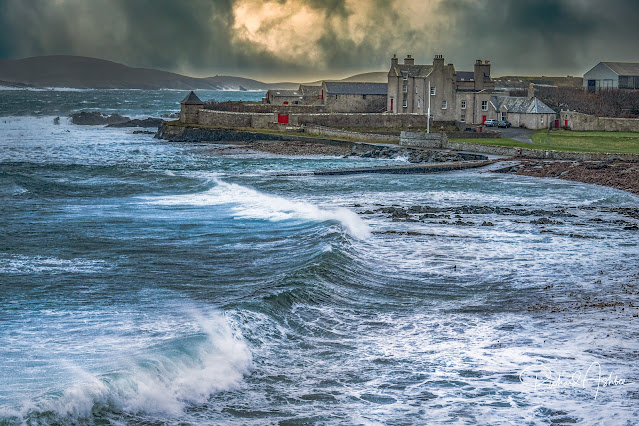 November proved very stormy with big seas coming in from the east. These Severe gales and one Hurricane lasted about 12 days. It seemed never ending 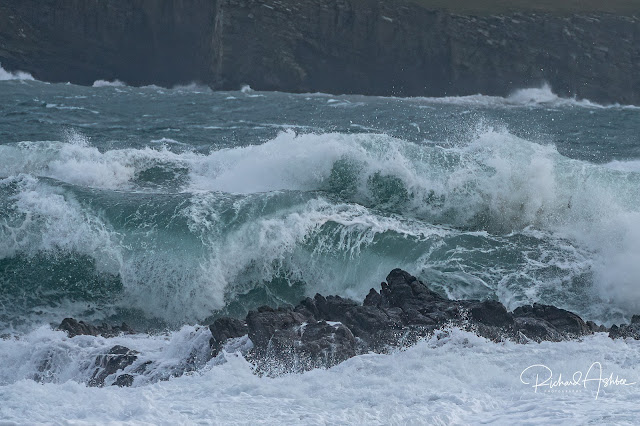 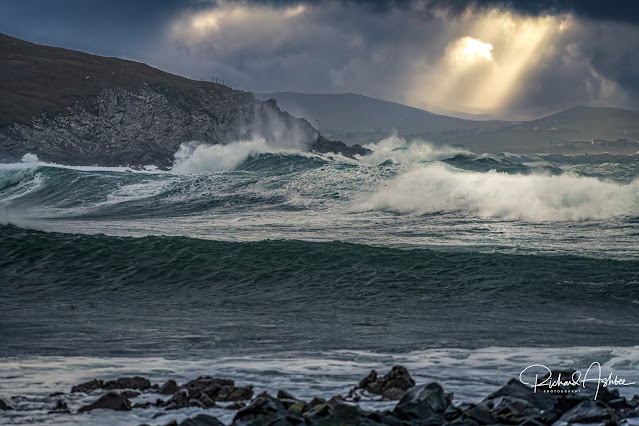 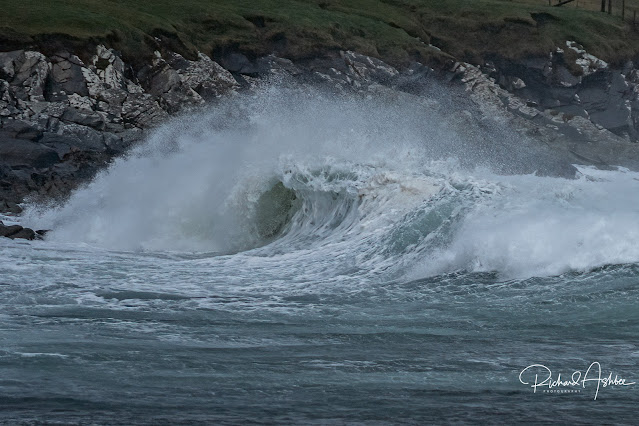 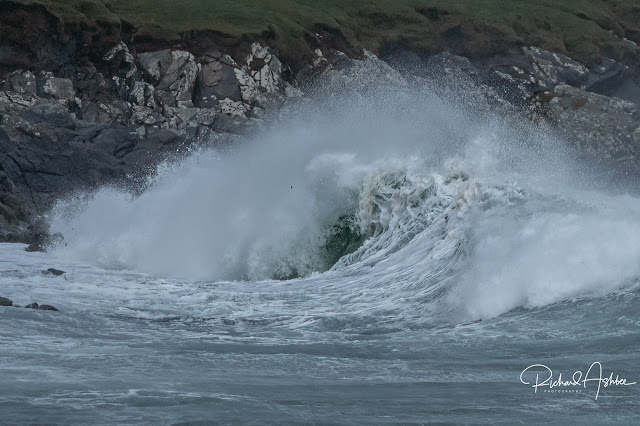 It was also cold a sign of things to come. 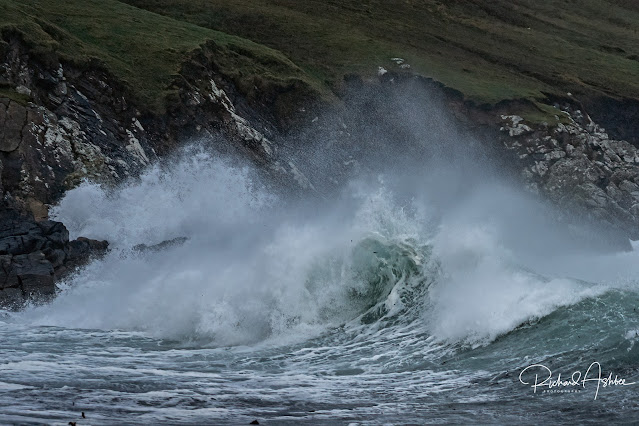 By mid December it had turned very wintery and snow started to fall. Black Gaet, a road between Scalloway and Lerwick is also bad in winter and despite road improvement recently it has not stopped 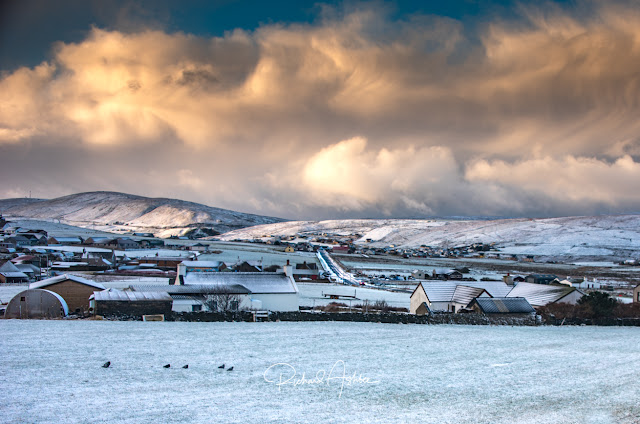 any accidents with two crashes in two days. Last Friday we had to take it easy going across Black Gaet as it was very icy. On the way back two cars had crashed with one hanging over the edge of a bank, just like the scene in the Italian Job 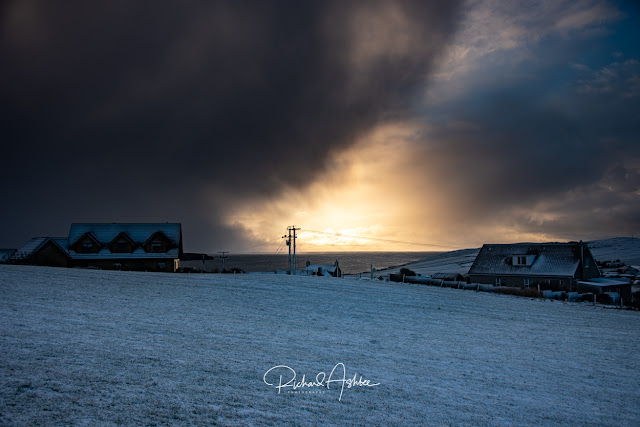 The Sherriff has asked for this situation to be investigated, its been going on years 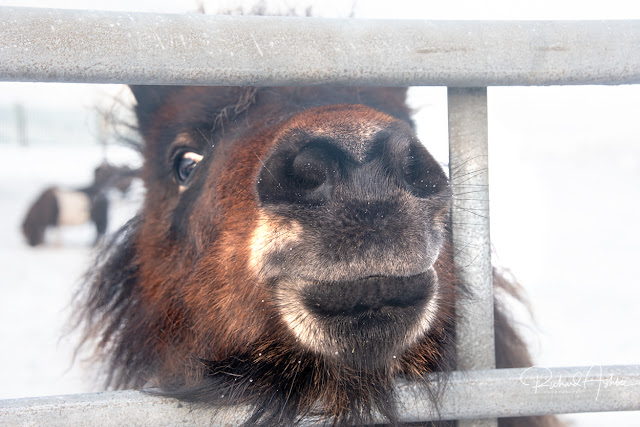 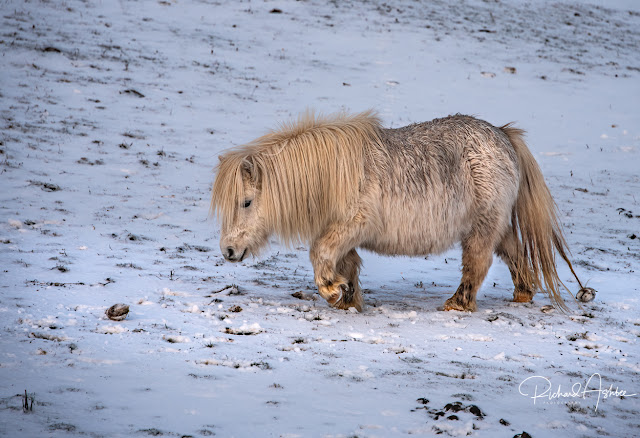 On Monday it started snowing about 11am and i was teaching at Islesburgh. We decided to finish early and I started up the hill going south out of Lerwick, seeing cars and van sliding all over the  road. 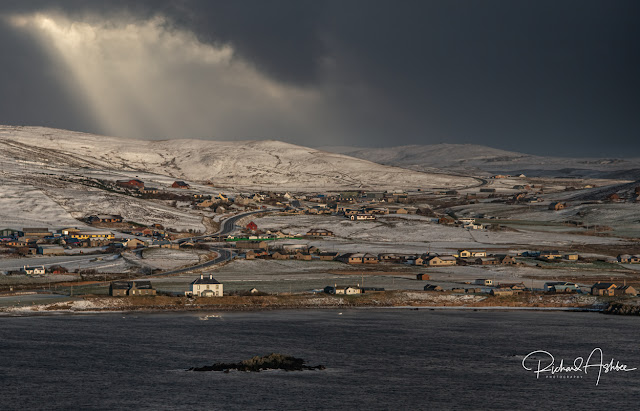 During the afternoon it became very heavy snow to the north of Lerwick. Some people heading to Brae about a 1/2 hour trip in good conditions took 5.5-6 hours in terrible thick snow. Cars getting stuck and worse still power lines breaking and coming across the road. 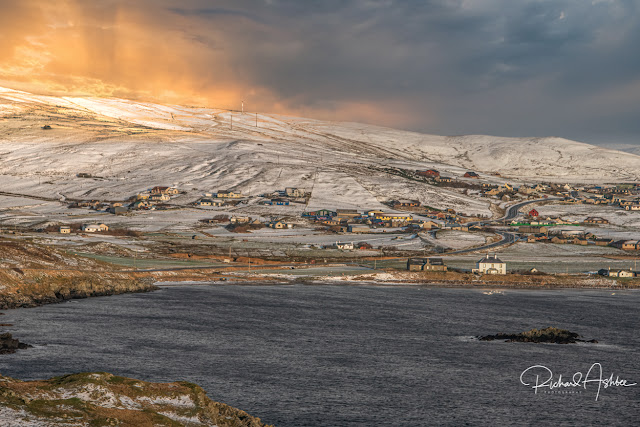 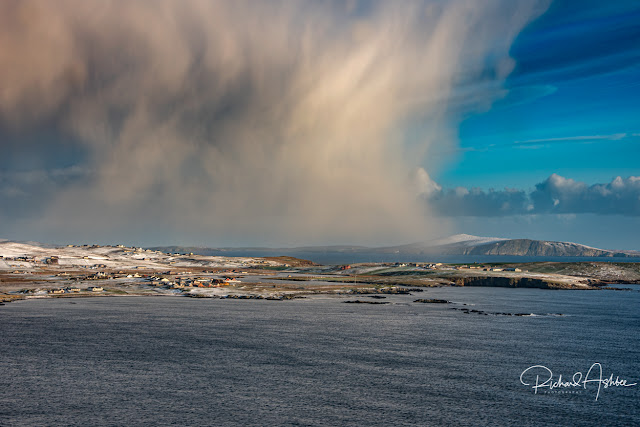 Even the poles carrying lines came down such was the weight of the snow and ice on the cables. If you know Shetland you will be aware most people are all electric for heating and cooking, no gas here 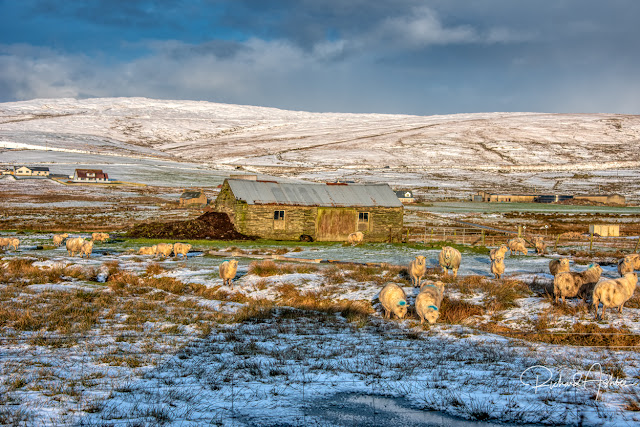 The power was off for most people after they arrived home after a long journey. It expected to be off until the weekend 5-6 days with no hot food or heating. One old lady died at Ollaberry.
We have been lucky in the south mainland with hardly any snow to talk about- well so far anyway
A major incident has now been declared. Over night a large number of SSEN lads boarded the ferry and arrived on Shetland mainland this morning going straight to work. Many working in the dark as we don't have much daylight at this time of year.
Conditions are set to get worse again, with temperature's going down to -9c with the chill factor.
If you are in Shetland take care. This is the worse winter in the last 25 years
Posted by Shetland Dream at 15:24